A must-see video for anyone who wants a close-up look at what it takes to build a zero-failure system designed to operate in 70 mph winds, 20-below-zero temps, and last a lifetime. 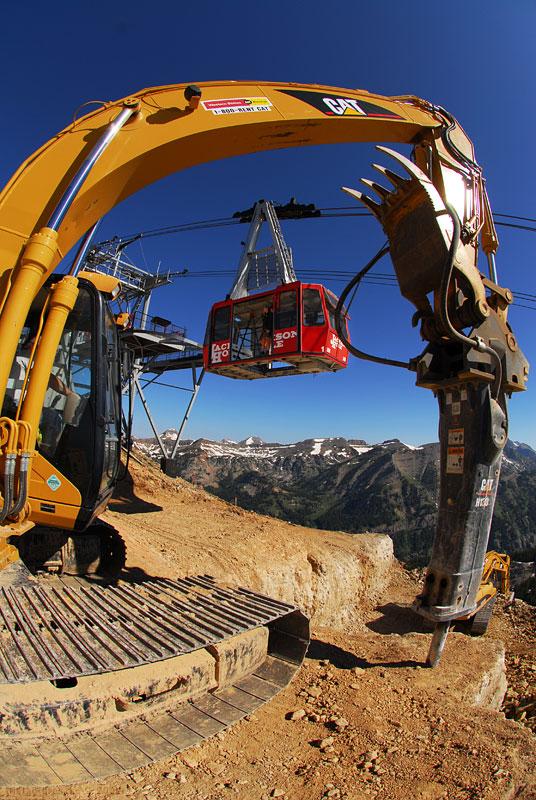 Built in the mid-sixties, at a cost of 2 workers' lives, the improbable towers and huge cable spans of Jackson Hole, Wyoming carried over 3 million skiers and hikers up the steepest and tallest ski mountain in North America for over 40 years.  It was an engineering miracle in its time, but now, after running day after day, winter and summer, since 1966, the old tram cables are about to become unsafe.

Cable to the Sky is an insider's view of the complete reconstruction of this amazing system.  Shot over a period of 1½ years by award-winning filmmaker Peter Pilafian, and photographed in High Definition from top to bottom under all conditions, this half-hour documentary takes you inside the drama, the danger, the winter storms, and the high-wire mastery of a tightly knit Swiss crew. 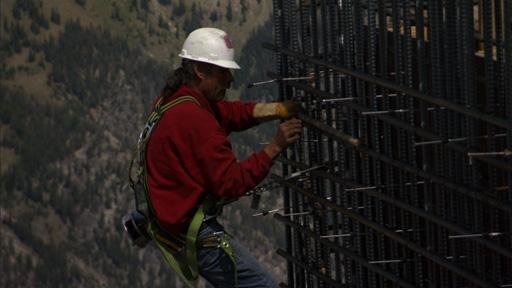 "The tram at Jackson Hole is iconic," says Michael Berry, President of the National Ski Area Association." It is recognized around the world as a lift that accesses some of the most spectacular terrain in North America.

When finished, this brand-new state-of-the-art Garavanta tram system will whisk 100 passengers in 9 minutes, up 4,139 vertical feet with the precision of a gigantic Swiss watch.  It will have cost over $32 million, and taken two years to complete. 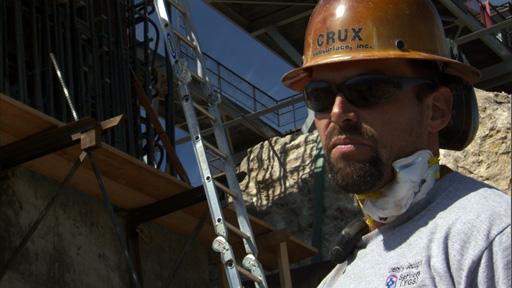 Cable To The Sky is a must-see video for anyone who wants a close-up look at what it takes to build a zero-failure system designed to operate in 70 mph winds, 20-below-zero temps, and last a lifetime.

Since 1966, the soaring towers and vast cable spans at Jackson Hole have carried hundreds of thousands of skiers a year up the steepest and tallest ski mountain in North America.

Now the Jackson Hole Mountain Resort Company, owned by the visionary Kemmerer family are tearing down the original cable car system to build a brand new one with more than double the capacity — a dizzying 100 passengers per car.

The original 1966 build cost the lives of 2 workers, went over budget by at least double the estimate, and tested the limits of engineering methods at the time.  The old Swoboda tram cables finally reached the end of their safe, operational life span last year, at the ripe old age of 40.

The new tram will have the longest continual vertical rise of any ski lift in North America, soaring 4,139 feet from its base station to the summit of Rendezvous Peak.  It will cost $30 million to build, and take a year and a half to complete, opening in December 2008 — just in time for ski season.

"The tram at Jackson Hole is iconic," says Michael Berry, President of the National Ski Area Association." It is recognized around the world as a lift that accesses some of the most spectacular terrain in North America.  It is beloved by locals and sought after by destination visitors."

Shot over 18 months, this film takes us inside the unique challenges of building a one-of-a kind mega-construction 10,000 feet up in the Northern Rockies.

It takes extraordinary people to pull off such a feat and to take responsibility for keeping hundreds of thousands of passengers safe for the next forty years.  And working at stomach-turning altitudes mean it's just as important to keep yourself safe.

Father and son team Steve and Mike Stanley have accepted the task of erecting hundreds of thousands of pounds of rebar, and pouring the concrete walls, bollards and counterweights required to support over six miles of steel load tram cables.  They spend most of their working days 10,000 feet above sea level, and inches away from death.

Then there's Ashi Gerber, the charismatic and driven team leader from the Swiss Alps, who never hesitates to roll up his sleeves and climb high up the steel cables to get the job done right.

A year ago Tim Mason, the interim Mountain Operations Manager had no idea he would be overseeing the North American ski industry's most high profile construction project.  But he stepped into the breach following his predecessor's departure.  Together with contractor Stan Zaist he must make whirlwind trips across the globe to check on the construction of the huge mechanism, 1,970 horsepower generator and 1,044 tons of tram cable in specialist factories across Switzerland.

"They have huge machines," Mason says.  "The wires to make up the cables start on spools which all spin, weaving the individual strands together at high speed.  Depending upon the size of the cable and size of the individual wire, some of them spin faster and slower.  The spools add layers as they weave."

We'll be there to show this fascinating process, and we'll see the Swiss factory crews building one of the famous Jackson Hole tram cars by hand.